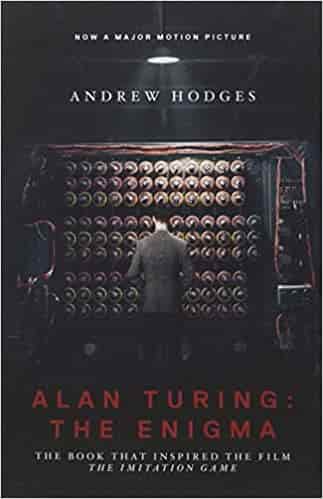 It is only a slight exaggeration to say that the British mathematician Alan Turing (1912-1954) saved the Allies from the Nazis, invented the computer and artificial intelligence, and anticipated gay liberation by decades--all before his suicide at age forty-one. This New York Times–bestselling biography of the founder of computer science, with a new preface by the author that addresses Turing's royal pardon in 2013, is the definitive account of an extraordinary mind and life.

Capturing both the inner and outer drama of Turing’s life, Andrew Hodges tells how Turing’s revolutionary idea of 1936 - the concept of a universal machine - laid the foundation for the modern computer and how Turing brought the idea to practical realization in 1945 with his electronic design. The book also tells how this work was directly related to Turing’s leading role in breaking the German Enigma ciphers during World War II, a scientific triumph that was critical to Allied victory in the Atlantic. At the same time, this is the tragic account of a man who, despite his wartime service, was eventually arrested, stripped of his security clearance, and forced to undergo a humiliating treatment program - all for trying to live honestly in a society that defined homosexuality as a crime. 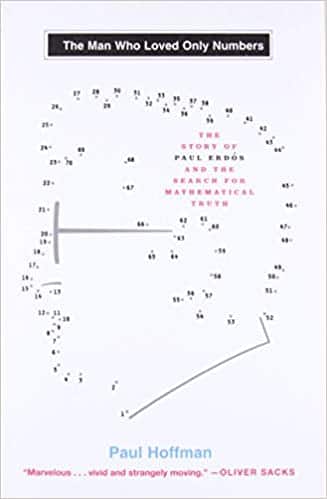 The Man Who Loved Only Numbers: The Story of Paul Erdos and the Search for Mathematical Truth

Based on a National Magazine Award-winning article

Paul Erdős was one of the most prolific mathematicians and producers of mathematical conjectures of the 20th century, having produced over 1,500 mathematical papers - a figure that remains unsurpassed. Based on a National Magazine Award-winning article, this masterful biography of Hungarian-born Paul Erdos is both a vivid portrait of an eccentric genius and a layman's guide to some of this century's most startling mathematical discoveries. 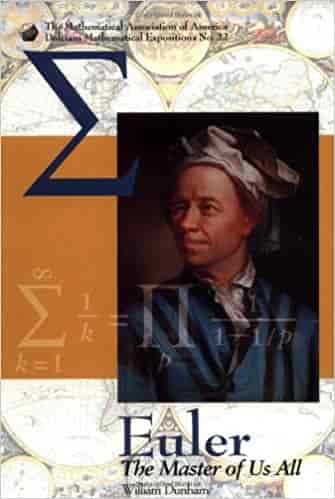 Euler: The Master of Us All

Leonhard Euler was one of the most prolific mathematicians to have ever lived. This book examines the huge scope of mathematical areas explored and developed by Euler, which includes number theory, combinatorics, geometry, complex variables and many more. The information known to Euler over 300 years ago is discussed, and many of his advances are reconstructed.

Mathematician William Dunham has written a superb book about the life and amazing achievements of one of the greatest mathematicians of all time. Unlike earlier writings about Euler, Professor Dunham gives crystal clear accounts of how Euler ingeniously proved his most significant results, and how later experts have stood on Euler's broad shoulders. Such a book has long been overdue. It will not need to be done again for a long long time. - Martin Gardner

Blockhead: The Life of Fibonacci

As a young boy in medieval Italy, Leonardo Fibonacci thought about numbers day and night. He was such a daydreamer that people called him a blockhead.

One of the most famous mathematicians to have ever lived, Fibonacci is perhaps to this day best known for the Fibonacci sequence, as well as popularizing the Hindu-Arabic numeral system in the Western World. 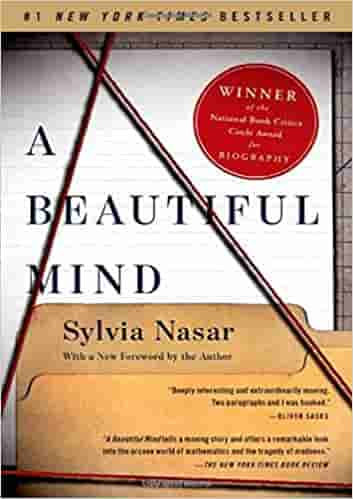 John Forbes Nash Jr. was an American mathematician who made fundamental contributions to game theory, differential geometry, and the study of partial differential equations. Nash's work has provided insight into the factors that govern chance and decision-making inside complex systems found in everyday life. He shared the Nobel Prize in Economics in 1994. 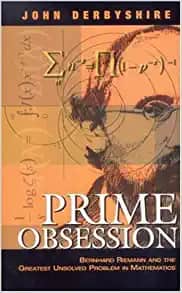 In 1859, Bernhard Riemann, a little-known 32-year-old mathematician, made a hypothesis while presenting a paper to the Berlin Academy titled “On the Number of Prime Numbers Less Than a Given Quantity.” Today, after 150 years of careful research and exhaustive study, the Riemann Hyphothesis remains unsolved, with a one-million-dollar prize earmarked for the first person to conquer it. Alternating passages of extraordinarily lucid mathematical exposition with chapters of elegantly composed biography and history, Prime Obsession is a fascinating and fluent account of an epic mathematical mystery that continues to challenge and excite the world. 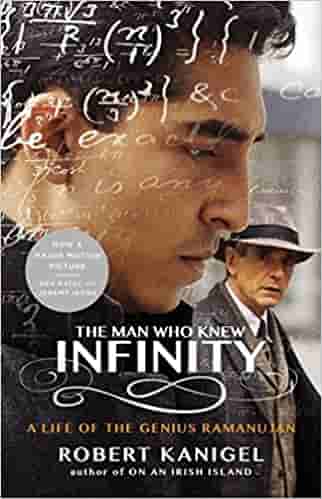 The Man Who Knew Infinity: A Life of the Genius Ramanujan

A moving and enlightening look at the unbelievable true story of how gifted prodigy Ramanujan stunned the scholars of Cambridge University and revolutionized mathematics.

In 1913, a young unschooled Indian clerk wrote a letter to G H Hardy, begging the preeminent English mathematician's opinion on several ideas he had about numbers. Realizing the letter was the work of a genius, Hardy arranged for Srinivasa Ramanujan to come to England. Thus began one of the most improbable and productive collaborations ever chronicled. 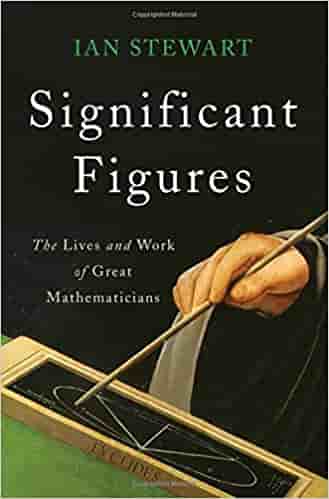 Significant Figures: The Lives and Work of Great Mathematicians

In Significant Figures, acclaimed mathematician Ian Stewart explores the work of 25 of history's most important mathematicians, showing how they developed on each other's work and built the mathematics we use today. Through these short biographies, we get acquainted with the history of mathematics from Archimedes to William Thurston, and learn about those too often left out of the cannon, such as Muhammad ibn Musa al-Khwarizmi, the creator of algebra; Ada Lovelace, the world's first computer programmer; and Emmy Noether, whose research on symmetry paved the way for modern physics. 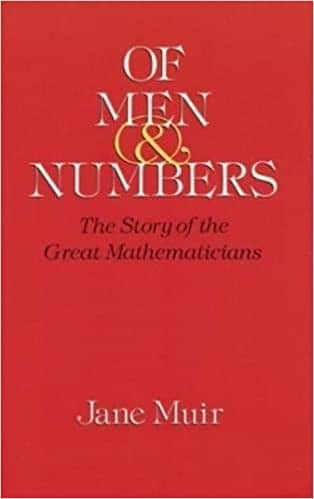 Of Men and Numbers: The Story of the Great Mathematicians

While mathematics itself may be a formidable subject for many, the lives and accomplishments of 12 of history's greatest mathematicians — from Pythagoras to Cantor — offer fascinating reading. In this delightful and informative recounting, for example, we learn how Pascal's life was abruptly changed by a family of fanatical bonesetters, how Descartes was influenced by three dreams, and how Leonhard Euler almost ended up in the Russian navy. 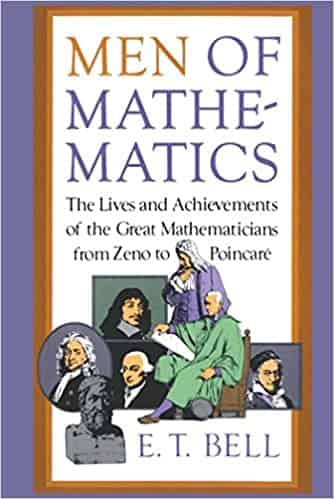 Never pedantic or dense, Bell writes with clarity and simplicity to distill great mathematical concepts into their most understandable forms for the curious everyday reader.

From one of the greatest minds in contemporary mathematics, Professor E.T. Bell, comes a witty, accessible, and fascinating look at the beautiful craft and enthralling history of mathematics. Men of Mathematics provides a rich account of major mathematical milestones, from the geometry of the Greeks through Newton’s calculus, and on to the laws of probability, symbolic logic, and the fourth dimension. Bell breaks down this majestic history of ideas into a series of engrossing biographies of the great mathematicians who made progress possible - and who also led intriguing, complicated, and often surprisingly entertaining lives. 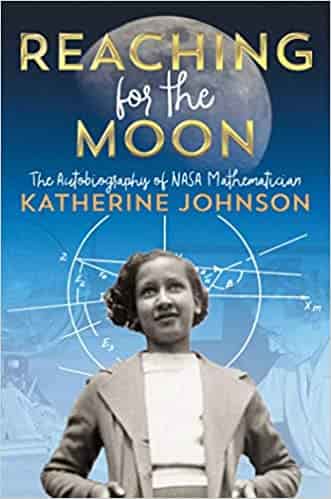 Reaching for the Moon: The Autobiography of NASA Mathematician Katherine Johnson

"Johnson artfully weaves in the heart of how African American communities have survived and advanced — through "self-help and sacrificing" for the next generation. Her writing style is comfortable and conversational, like a visit over tea that you wish would never end. From a long-lived American legend, this rich volume is a national treasure.” - Kirkus Reviews