In his 1972 Turing Award Lecture Dijkstra quipped: "The major cause of the software crisis is that the machines have become several orders of magnitude more powerful! To put it quite bluntly: as long as there were no machines, programming was no problem at all; when we had a few weak computers, programming became a mild problem, and now we have gigantic computers, programming has become an equally gigantic problem." 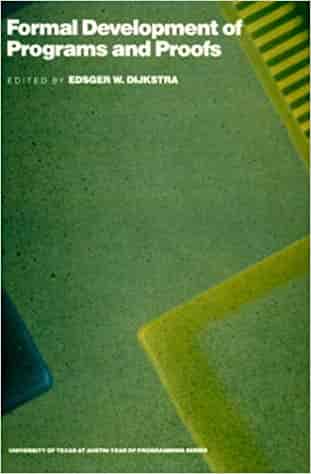 Formal Development of Programs and Proofs

A collection of monographs wth Dijkstra serving as the editor. 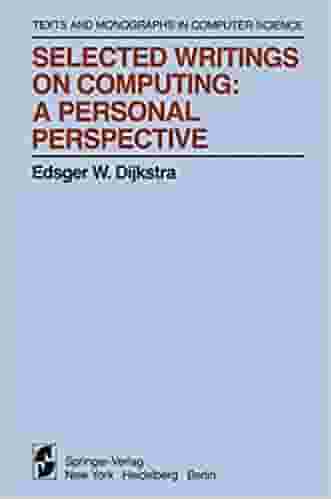 "The circumstance that my employer and I had the Atlantic Ocean between us was a further incentive to keep a fairly complete record of what I was doing. The public part of that output found its place in what became known as "the EWD series", which can be viewed as a form of scientific correspondence, possible since the advent of the copier." 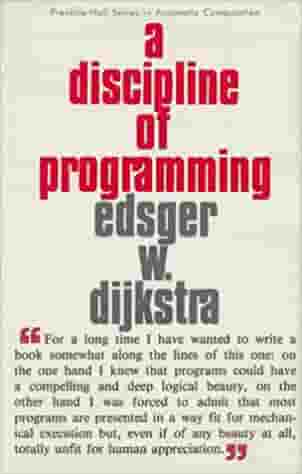 A Discipline of Programming

E. W. Dijkstra introduces A Discipline of Programming with the statement, "My original idea was to publish a number of beautiful algorithms in such a way that the reader could appreciate their beauty." In this classic work, Dijkstra achieves this goal and accomplishes a great deal more. 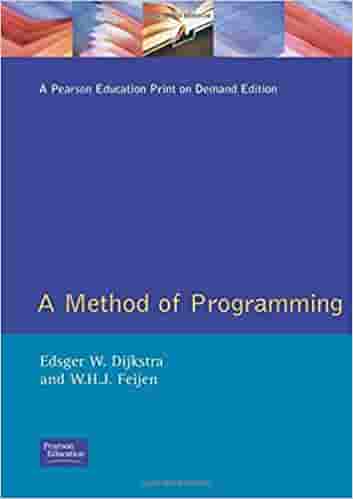 A Method of Programming

The book is meant as the text for an introductory programming course in a more formal, mathematical setting.